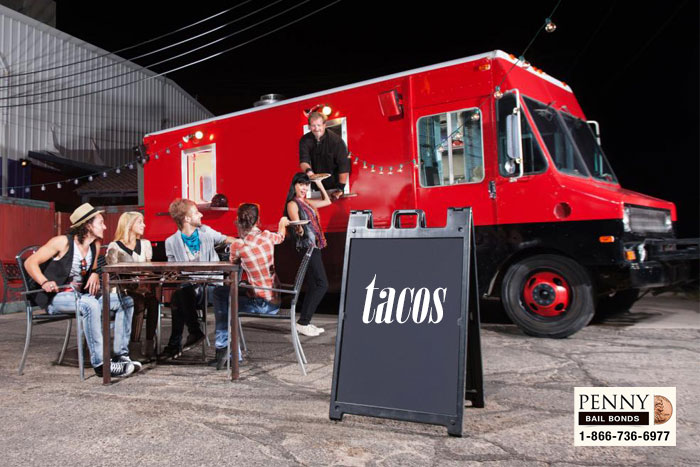 A day of fun could have ended in tragedy had it not been for a quick-thinking mom who wasn’t afraid to use unorthodox methods to protect herself from a pseudo cop.

After spending the entire day at a local water park, a family decided that the best way to treat themselves was stopping at a food truck for tacos. After getting their order, the family of for settled into their mini-van to enjoy the treat.

While they were eating, a man riding a bike stopped alongside the van. He revealed the gun he had tucked into the waistband of his pants and told the family that he was an undercover police officer. There was something about the guy that just didn’t set right with the woman. Rather than argue with him, she took a deep breath and offered him one of the tacos she’d purchased before suggesting she get some more napkins. He agreed.

The woman managed to remain calm, despite the fact that the man stayed at her van, gun still exposed as he rifled through her purse. When she reached the stand, she begged the people near and in the food truck to not look at her van but to get on the phone and call 911 right away. Everyone took her seriously and a few minutes later, legit law enforcement officers arrived on the scene. One look at them, and the pseudo cop threw his own gun into the minivan and attempted to get in. The legit cops quickly subdued him, recovered the gun, and read the man his rights before hauling him to the county jail.

Once he was arrested, the police learned that the 38-year-old man had several outstanding warrants for his arrest. They have filed charges of child endangerment and impersonating a police officer against him. At this point they don’t know what his intentions were when he approached the family minivan, but they are investigating whether he has a connection to other, recent crimes in the area.

The police are very proud of how the young mother handled herself during the crisis. They feel that should could not have done a better job. If you are ever in a similar situation, it’s better to remain calm and look for a way to distract the threat while you get help rather than losing your temper and trying to fight your way out of the situation.