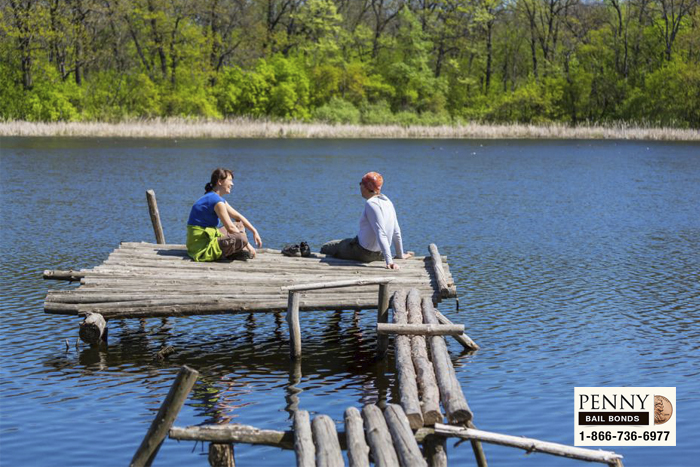 It is finally October, which means Halloween is right around the corner. It is the time of the year when the weather gets colder, and scary stories reign supreme. With as large a state as California is, it should come as no surprise that there are a lot of scary myths and legends out there about the place we call home.

One such story, is the legend of the Devil’s Pet hiding in Elizabeth Lake in Los Angeles County. Spanish missionaries named the lake Laguna del Diablo.

According to several legends, the Devil himself carved the lake to house his pet. It was a fearsome creature with bat-like wings, a long neck, six legs, and a short face. The creature was rumored to emit a horrible stench, and was around 50 feet in length!

The first sighting of this horrible creature, was in 1830 when a rancher built his ranch along the shores of the Lake. Everything seemed fine, until a fire burnt down every structure in a single night.

Later, in the 1850’s when the property was resettled, the settlers all eventually fled to strange circumstances surrounding the area. They would be awoken in the middle of the night by screams and other unholy noises. They were plagued by strange visions until they fled the area for the sake of their own sanity.

As the years progressed, countless ranchers and settlers tried to build a life along the shores of lake, but each was chased away in time. Many ranchers reported that something was out there, eating their livestock. Others experienced giant, winged shadows flying over their homes. Those who saw the beast, tried to end the creatures existence with their guns. Unfortunately for those people, the bullets bounced harmlessly of the monsters hide.

While this creature chased away many men, there was one who refused to back down. Miguel Leonis would not let this creature continue to make a meal of his livestock. He lay in wait for the beast, and he got his chance, he opened fire on the monster. Just as the legends stated, the bullets ricocheted off the creature. They didn’t even scratch the monster.

Leonis, however, was not deterred. He charged the beast, attacking it with the butt of his rifle. He managed to land blows on the creature’s face, damaging its eye. The monster fled into the lake, where it lay in hiding, recovering from the attack, and waiting to make its next move and gets its revenge.

Every time summer rolls around, you begin to see articles all over about the dangers of leaving pets and children ...
Read More
What to Do in California in Fall