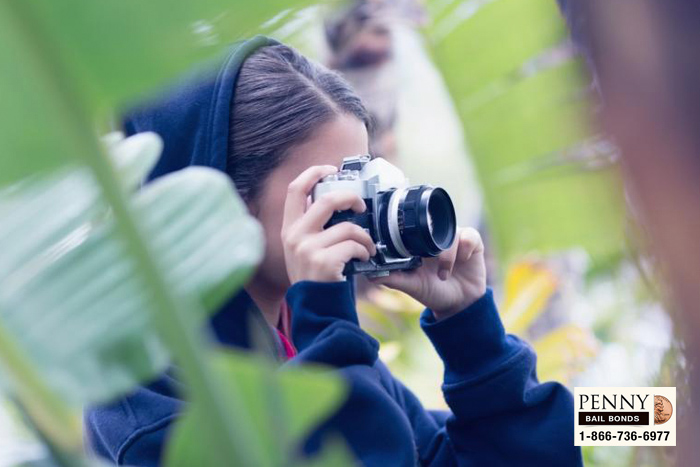 Everybody has a right to privacy, especially here in California. No one wants to deal with someone spying on them in private situations. That is why the state of California has a few different laws revolving around people’s right to privacy.

According to state law, there are certain areas where a person should be able to expect and receive privacy. Anyone who breaks that privacy can face legal consequences. California residents should be aware of these laws so that they don’t end up accidentally breaking them.

Laws about Recording People in California

California Penal Code (PC) 647 is the state’s disorderly conduct law. It covers all sorts of things from prostitution, aggressive begging, and invasion of privacy. Specifically, sections i and j of this law relate to privacy.

PC 647i refers to the act of peeping. Under this law, it is a crime for a person to linger, loiter, or prowl on someone’s private property and peek into the doors and windows of any inhabited structure. An example of this would be trespassing onto someone else’s property and then peeking into their home’s window to see if their home, or peeking into a bedroom to watch someone changing clothes.

PC 647j makes it a crime for any person to look into an area where a person would normally expect privacy. It doesn’t matter if a person uses their eyes, binoculars, a cellphone, or any other sort of device to look into the area. Areas where privacy is naturally expected include:

Examples of breaking this law would include recording someone in a bathroom or changing room, or even filming someone under their clothes.

Another law to consider when referring to privacy is California’s eavesdropping law, PC 632. California is considered a two-party consent state. This means that in order for a confidential conversation to be recorded, all parties involved need to give their consent. If a person records a private conversation without consent from everyone involved, they could face legal trouble.

The penalties for invasion of privacy vary depending on which law was broken. For instance, both PC 647i & j fall under California’s disorderly conduct law. Both of these crimes are primarily charged as misdemeanors. This means they come with the following consequences:

However, if a person has been charged with an offense under PC 647j before, or the victim of the crime was under the age of 18, the charges increase to:

In today’s modern world, where recording another person is so easily accomplished thanks to smart devices, knowing these laws is extra important. No one wants to end up in legal trouble for breaking a law they didn’t know about or understand. When it comes to recording people, whether it’s a conversation or a video, it is illegal to do so in situations where the recorded parties would normally expect privacy.

One key point to note is that law enforcement officers while on the job, are able to be recorded. This is due to the fact that they are civil employees and out in public where they would not normally expect privacy.

What do you think of California’s privacy laws surrounding recordings? Do you agree with them, or do you think they need to be modified? Let us know what you think in the comments down below.