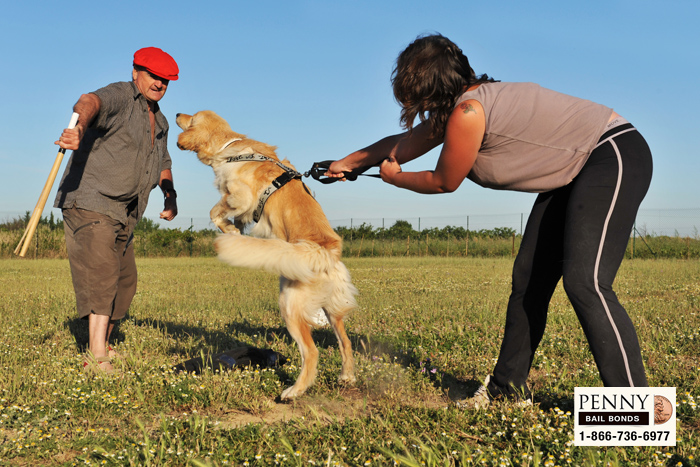 There are a few different reasons why a dog that’s never shown any sign of aggression might suddenly bite a house guest. These reasons include:

While most states have a one free bite policy when it comes to dogs, California doesn’t. What this means is that if your beloved pet bites someone, no matter what the reason may be, the victim can file a lawsuit against you.

The good news is that there are some limitations. For example, a person can’t file a dog bite lawsuit if they weren’t actually bitten by your dog, even if your dog acted like they wanted to bite. It also makes a difference if the person was unlawfully on your private property.

Don’t assume that just because your dog didn’t break the skin when they bit someone, that it doesn’t count as a dog bite. It still does. There was even a case where a person was injured after they fell from a ladder. Since it was determined that the reason the victim fell was a dog biting their pants, the owners were required to pay the legal bills.

What Does Lawfully on Property Mean

Some dog owners have gotten confused by the idea of someone being on their property lawfully. What the term means is that if someone has a legal reason to be on your private property. In the case of delivery drivers, lawyers with legal papers, and the police who have a warrant, they have a legal reason for being there, which means that if they’re bitten by your dog, you’re responsible. The same is true for anyone you invite onto your property. What this boils down to is that the only ones who can’t sue you if your dog bites them is a person who is illegally trespassing on the property.

As much as you love your dog, when anyone is on your property, its in your best financial interest to keep the dog on a leash, reducing the odds of anyone getting bit.