We Can Answer Them for You

Our bail agents get asked a lot of questions about bail bonds. If you have questions that you want answered, call 866-736-6977 or visit a local bail agent in 631 East Rialto Avenue, San Bernardino, California 92408. 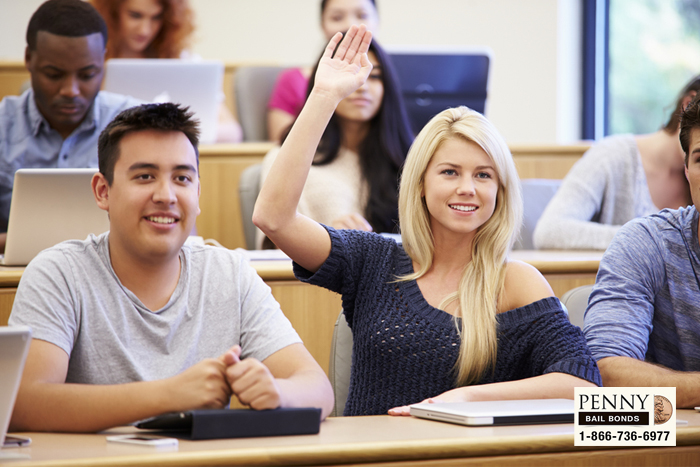 If you ever need to bail a friend or family member out of jail, you will probably have a lot of questions about how bail and bail bonds work. It is okay to have questions, since bail is a topic of discussion that is avoided in most groups. That is why our bail agents here at Apple Valley Bail Bonds are here to answer your questions. We have answered thousands of questions over the years, some of the most common are:

Bail is determined by a judge and is the amount of money that needs to be paid to get your friend or family member out of jail Bail must be paid all at once in cash to the court for your loved one to be released. A bail bond is determined of the price of a bail, which in California, is 10% of the bail. This can be paid with any method that is convenient for you and can be paid off over the course of a few years. There are many other differences, but these are the biggest ones.

These two titles may sound different but they really mean the same thing. A bail agent is a bail bondsman and vice versa.

Pricing is dependent on the amount of the bail. In California, bail bond companies charge 10% of the bail price. If your loved one’s bail is $10,000, then the bail bond will only cost $1,000.

Yes, we offer a 20% discount on the bail bond if a co-signer is a union member, a member of the military, AARP, is a homeowner, or if the client has a private attorney. With this discount, instead of paying $1,000 for the same bond as before, you only pay $800.

If you have any more questions or concerns that were not covered in this article, do not hesitate to talk to one of our bail agents. At Apple Valley Bail Bonds, we offer free consultations for all potential clients. Our knowledgeable bail agents will be more than happy to answer your questions about your loved one’s arrest and bail.