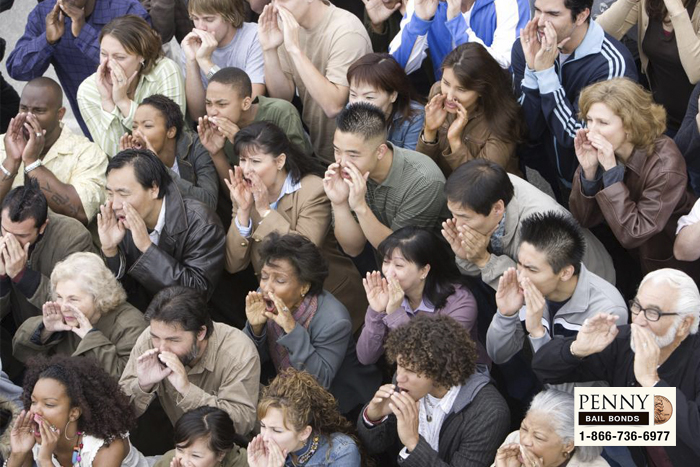 Under the banner of justice, poverty, equality and delusion, Bob Hertzberg (D-Van Nuys) and Rob Bonta (D-Oakland) want to continue where the early release of prisoners left off: ending California’s bail system so that those charged with a crime don’t have any incentive to appear in court.

As a former member of the California State Assembly, I helped carry legislation to reform the bail system (Assembly Bill 1118, 2013), not eliminate it. Under AB 1118, we would have been able to modernize our bail system by evaluating and adopting recommendations set forth by the Little Hoover Commission, including looking at the unequal bail schedules that are currently set county by county.

In California, it is a court, not a computer system, which considers two general factors for determining bail: whether the person is a danger to the public if they are granted bail and the likelihood that they will appear in court.

Under newly proposed legislation, Senate Bill 10 (SB 10) and Assembly Bill 42 (AB 42), would eliminate the bail system and replace it with a version of New Jersey’s pre-trial system, which is centered around a computer program, known as the Public Safety Assessment (PSA). This program would use an algorithm to help make decisions about whether a defendant should be released from jail or needs to be held in jail.

Although I am supportive of leveraging technology to make Government more efficient, since the New Jersey pretrial system was put into place, nearly 90% of all defendants have been released from jail. The trouble is that, since their release many of these defendants have been charged with armed robbery, burglary, child pornography, molestation of a minor, and major drug trafficking.

What I find especially troubling is that when we had an opportunity to modernize our bail system, the current supporters of SB 10 and AB 42 were nowhere to be found. Yet here they are, trying to eliminate bail, which would upend the criminal justice system, by attempting to implement the New Jersey pre-trial model: a model which allows the vast majority of defendants to automatically be sent back into the streets without any incentive to appear in court.

As a county supervisor and former assemblyman, I know firsthand that the unfunded mandates that these bills will create, are going to be disastrous for local governments. These mandates will force local governments to severely cut services or raise taxes, while putting public safety at risk.

Counties may be able to recoup some of these costs from the Commission on State Mandates, but this will be a long and arduous process that will take years to sort out and will put immense financial pressure on every county. Each county will be forced to implement and outlay resources with only a speculative possibility of a state reimbursement. Local governments will be forced to make other cuts to important programs in order to back fill these additional costs.

In Governor Jerry Brown’s proposed 2017-18 state budget, he has allocated $2.79 billion to support trial court operations, but this is not enough. Our courts need an additional $158.5 million in order to preserve existing service levels.

A 2014 Towson University study, “Estimating the Cost of the Proposed New Jersey Pretrial Service Unit and the Accompanying Legislation,” found that New Jersey would need to spend $461 million in start-up costs: both operating and indirect costs that are comprised of additional public defenders and courtroom usage, and failure to appear and recidivism of released defendants. It will be even more costly here as California’s population is four times that of New Jersey.

In addition to the costs associated with running a 24/7 “pre-trial system,” counties will face the ongoing costs of: monitoring hundreds of thousands of defendants who will be let out into the streets, not to mention the costs incurred by counties in going after those who fail to appear in court. Another outcome of these measures will be the loss of an entire industry, which will result in the loss of tens of thousands of jobs throughout the state. The costs outweigh the benefits in all categories.

Hertzberg and Bonta do not appear to be concerned with the costs of these programs or the danger they create for public safety or the safety of the victims. Even putting costs aside, the high possibility that these bills will result in a public safety problem seems to be of no consequence. Unfortunately, it appears our friends in the legislature are too focused on finding new ways to release as many defendants as possible, regardless of their danger to our communities.

Curt Hagman was elected to represent the California Legislature in 2008, representing the 55th Assembly District. He served as the Vice-chair of the Insurance Committee and was a member of the Rules, Business, Professions and Consumer Protection, Governmental Organization, and Accountability and Administrative Review Committees for the Assembly.

Hagman was elected to serve San Bernardino County’s Fourth District in November of 2014. The Fourth District includes the cities of Chino, Chino Hills, Montclair, Ontario and the southern portion of Upland. It spans approximately 133 square miles and is home to over 400,000 residents.