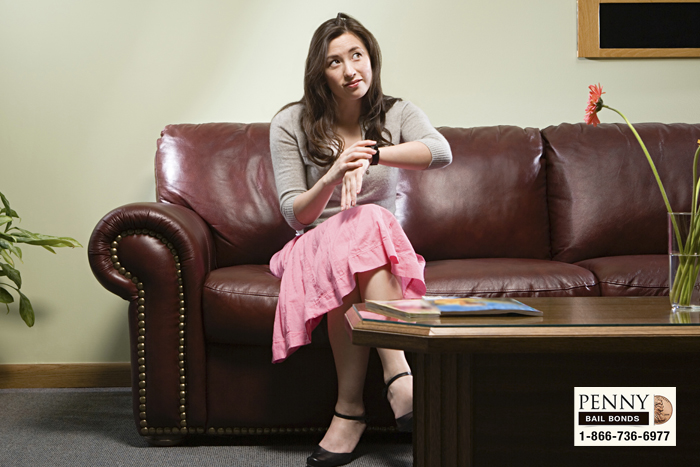 Time never seems to move slower than when you are stuck waiting for something. Just about everyone has experienced being stuck in a waiting room, awaiting the moment when the doctor will see them, or their car is fixed. What may have been, at most, half hour, felt like an eternity. A part of you thought that you would never get out of that room.

At least with a waiting room, you’ve usually made the decision to be there, and you could whenever you wanted to. You aren’t actually trapped. Jail, on the other hand, is a very different story. People don’t choose to end up in jail, and they cannot leave whenever they want. Getting out of jail is not as simple as getting out of a waiting room.

Unlike a waiting room, when a person is in jail, they are in there for very long periods of time. When a person is first arrested, they are sent to jail where they will await their trial. This can take anywhere from a week to several months to occur.

If this has happened to someone you know, don’t let them stay trapped in jail. You know how miserable it is sitting in a waiting room, and jail is so much worse. Help your friend or family member get out of jail today by contacting Penny Bail Bonds in Los Angeles. Our bail agents work around the clock and will not rest until they have secured the release of your loved one.

With our professional help, your loved one can be home in just a few short hours, all you have to do is call